The Mucurí Suzano Pulp & Paper unit, located in the south of the state of Bahia, in Brazil, produces pulp for the international market. The unit began construction in 1989, starting production in 2001. 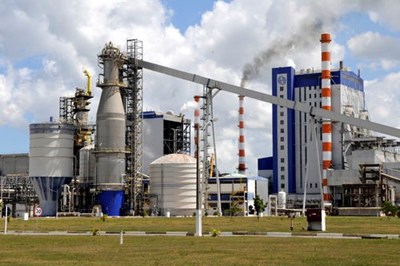 These figures position the Suzano Celulose group as the second largest producer of eucalyptus pulp in the world.

ComBricks for monitoring and diagnosis

The Maintenance Department of the Mucurí unit of Suzano hired Westcon to perform predictive maintenance audit of PROFIBUS DP networks of the paper drying machine of their plant.

According to Carlos Flores, Suzano's Mucurí Maintenance Manager, "it was necessary to ensure greater operational reliability in PROFIBUS networks in order to increase plant productivity. However, our networks presented some random failures, causing a machine stop. It was not a specific repeated failure. Each stop would cause a production downtime of about 3 hours resulting in a loss of up to 10,000 tons. These events affected significantly the profitability of the plant."

Westcon’s contract includes the installation of ComBricks, a diagnostic and online monitoring system. In this first phase, the ComBricks will monitor 30 PROFIBUS DP segments of the physical environment and the protocol of PROFIBUS DP and PA networks. 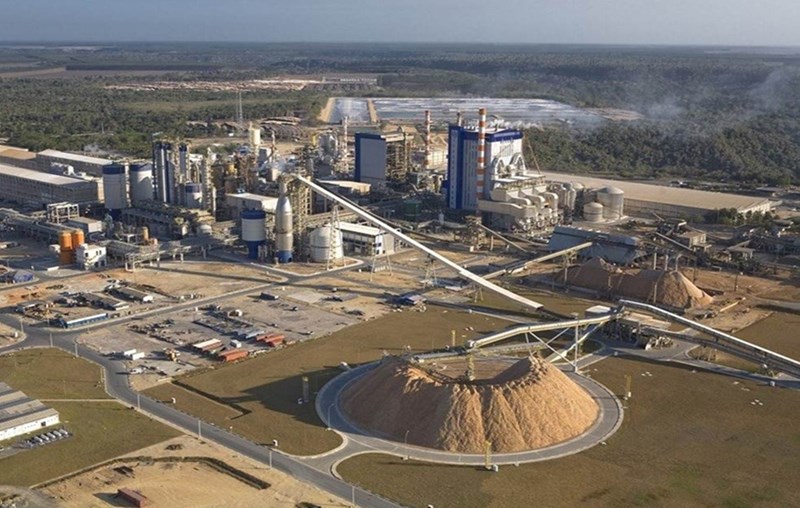 Among other advantages and benefits, ComBricks collects diagnostics of networks and continuously stores the data in its memory, making it possible to identify even intermittent faults, which are usually the most difficult ones to diagnose.

ComBricks shows/displays the status of networks through screens with bargraphs, disturbance (waveform), and lists of error messages that may be accessed remotely by users from any computer, tablet or smartphone without the need to install any software special application.

ComBricks can also send alert messages via email to predefined users, who will be informed about errors and critical conditions in the very moment they occur.

The degradation of cables and connections caused by existing harsh conditions in the plant can lead to the occurrence of network failure, resulting in unwanted production stops. The ComBricks can identify this degradation and notify the maintenance engineers so that the necessary interventions can be arranged before the stop occurs. 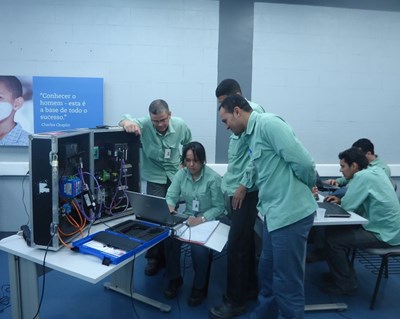 Also according to Carlos Flores, "the maintenance department really needs to have professionals able to promote the first attack to solve the communication problems of fieldbuses. That is the reason why the contracted services included a training class for the use of ComBricks and understanding of their errors messages."

In Westcon Business Manager’s opinion, Erik Maran, "supplying the ComBricks should always be accompanied by training on the use of the product.

The agenda of this training includes a theoretical introduction on design and installation of PROFIBUS networks, followed by practical sessions on the usage of the tool features in order to learn how to diagnose the most common problems found in DP and PA networks and how to fix them. This way the customer can, in the simplest cases, identify the problem and apply corrective measures to prevent the plant stop or minimize downtime. We at Westcon will offer support for more complex cases.”

Suzano: Pulp to the World

Suzano Papel e Celulose is a 91 year old company and a trajectory marked by constant pursuit of sustainable development. It has 897,000 hectares of forest land, of which 460 000 from planted forests, distributed in the states of Bahia, Espirito Santo, Sao Paulo, Minas Gerais, Maranhão, Piauí and Tocantins.

In Brazil, over than seven thousand workers are employed and about eleven thousand are outsourced. Its administrative headquarters are located in São Paulo - SP and the company has six plants - four in São Paulo (Embu, Limeira and two in Suzano), one in Bahia (Mucuri) and one in Maranhão (Empress).

In the eucalyptus pulp segment, its production is sold in 31 countries. In the paper segment for printing and writing, it has about 30 brands that are sold in 60 countries.

In 2010 Suzano Papel e Celulose expanded its operations with the acquisition of FuturaGene, British biotechnology company working in the genetic development of forestry and biofuel crops, with research laboratories in Israel and China.

Abroad, the company has a business office in China and subsidiaries in the United States, Switzerland, England and Argentina.

Backed by the forest competence, Suzano Pulp and Paper aims to provide cost-effective products and services that are socio-environmentally friendly and are originated from renewable forests. The commitment to sustainable development is also certified by the Forest Stewardship Council certification as Forest (FSC®), OHSAS 18001 and CERFLOR.