For the Rijnland District Water Control Board it is all about keeping dry feet and having clean water. In the waste water purification plants, all thirty and more, Rijnland purifies waste water so that it can be discharged back into nature in a responsible way. An important task that leaves no room for malfunction.

In order to keep these waste water purification plants, the PROFIBUS system, going, Rijnland uses the PROCENTEC ComBricks modules. This way, direct action can be taken when suddenly something is about to go wrong.

"Downtime is simply unacceptable in this line of work"

According to Paul Schipper, project automation assistant, this is a large responsibility to carry that does not allow downtime at all. Paul explains: “In the past we experienced several PROFIBUS malfunctions in the aeration tank of one of our waste water purification systems. The controls of the valves stopped working. The entire system came to a halt, meaning the water could no longer be aerated. We consider sustainability to be very important. 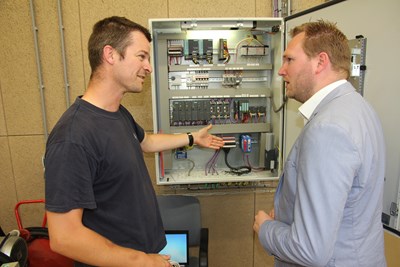 Therefore, we purify waste water in a natural way: by means of bacteria and oxygen. The aeration tank contains various bacteria growing and feeding on the waste in the water, which they convert into harmless matter. To help the bacteria we add oxygen to the water.

When the system is down we can no longer aerate the tank and the bacteria will die. So, failure of the system puts us under a lot of pressure.” Downtime is simply unacceptable in this line of work.

To get the PROFIBUS network in this modern waste water purification plant up and running again as quickly as possible, Rijnland called in PROCENTEC to assist. Paul Schipper: “In this type of situation, it is of vital importance that the malfunction is solved as quickly as possible. That is why we contacted PROCENTEC. One of their engineers came right away and tested the system’s continuity with ProfiTrace 2. From the scope images it soon became clear, that the defect was between two valve controls. When we arrived at the spot, a corroded PROFIBUS cable appeared to be part of the cause. The cable was affected by weather conditions. It was not suitable for the applied network.”

Because the malfunction occasionally occured, PROCENTEC delivered a ComBricks module that was installed in the network. From the ComBricks scope images we could also identify an EMC problem. EMC can cause electronic equipment to suddenly fail or transmit wrong messages. Installations show a considerable decline in the quality of data transmission as a result of EMC.

Paul Schipper: “The PROFIBUS cable had not been installed separately from the main power cable. The fact that both cables were close to each other, caused interference that resulted in a system failure. The shield was also not consistently connected to the housing of the valves.”

Rijnland immediately started looking for a solution to prevent future malfunctions. Paul Schipper: “We thought: better safe than sorry. That is why we bought PROCENTEC ComBricks modules. These modules have now been included in our specifications, so that we can permanently monitor the PROFIBUS system.

ComBricks has been connected to the section that manages the controls of the blower and the power in the aeration tank. Fortunately, we did not have any other malfunctions since then. The PROFIBUS system is now much more stable and totally free of malfunctions. For any future malfunctions, we will now be able to take action at once. 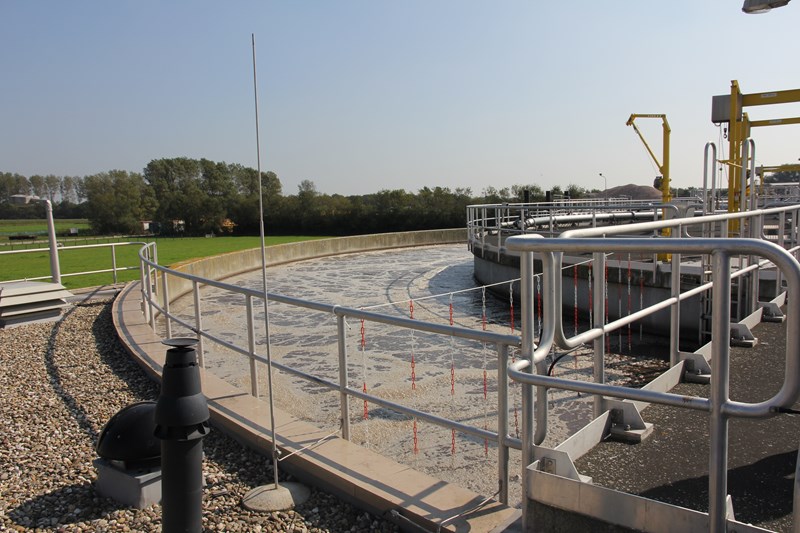 Furthermore, we nowadays use the ComBricks modules in new construction projects too.” Paul Schipper is also very pleased with the service PROCENTEC provides: “PROCENTEC is a good partner, because they are always available to us. They actively think along with us regarding the most appropriate solution. We think it is very important that an independent third party is there to help us, so that we are sure that the problem is considered objectively. Through the expert advice and the supply of products, our system is up and running again.”

About Rijnland District Water Control Board

The Rijnland District Water Control Board is one of the 23 district water boards of the Netherlands. The Rijnland work area covers 1,100 square kilometres and it stretches from Wassenaar to Amsterdam and from IJmuiden to Gouda. With strong dunes, dikes and embankments, Rijnland protects our lowlands from flooding. Besides that, Rijnland is responsible for healthy water in ponds, lakes, canals and ditches. This means that the water must not contain too many nutrients and pollutants and that plants and animals are in balance with each other.

Lastly, they are also responsible for ensuring adequate water levels: (ground)water levels should neither be too high nor too low. Rijnland ensures the right balance. Rijnland feels very strongly about sustainability. That is why Rijnland makes a valuable contribution to a safe, liveable and healthy environment. This includes anticipating climate change and striving for a healthy aquatic ecosystem. 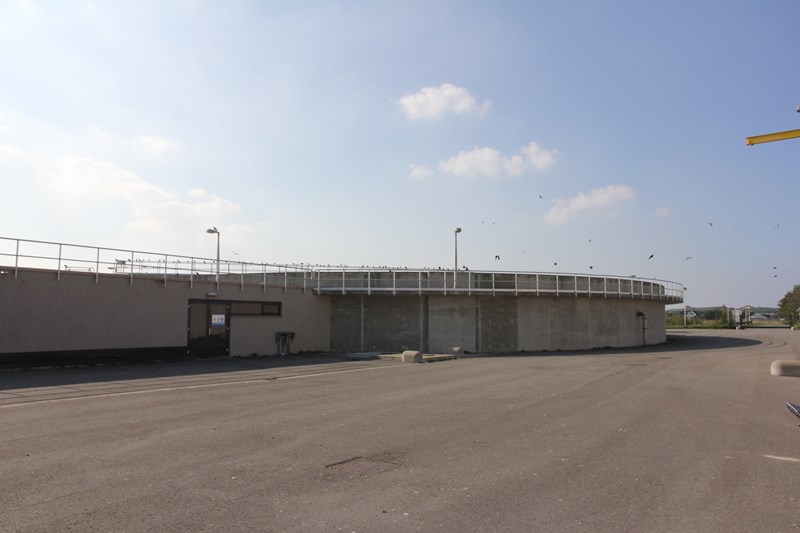