How to prevent downtime in a food and beverage production plant

In a factory where an impressive 1.5 million liters of juice is produced every day, downtime is not an option. One of the largest producers in the food and beverage industry in the Middle East, teamed up with PROCENTEC and ASM, PROCENTEC’s partner for the region. This partnership resulted in a spectacular drop to zero (!) downtime during the first six months after commissioning PROCENTEC’s ComBricks on the PROFIBUS industrial network in the production plant. At a cost of more than € 50,000 per hour downtime, the return on investment was already achieved in the first weeks after installation.

The Middle Eastern company originally started with the production of fresh milk and laban, a cooling yoghurt drink. In the years to come the company grew and diversified its products. Entering the bakery products market, the poultry market, and the infant nutrition market. Today, the company and its sub brands deliver a full range of products consisting of chicken, butter, cheese, bread, wraps, juice, and infant cereal.

The continued growth and expansion was becoming a heavy burden on the production plant, and especially on its PROFIBUS network. In 2017, this production facility had grown up to four times its original size since production started in 2004. In the plant where the company produces juice, long life milk, laban and cheese, more than 100 devices are each connected through a PROFIBUS network, with a centralized PLC room. The Senior Automation Engineer of the plant stood for an important task to minimize the unplanned production downtime. 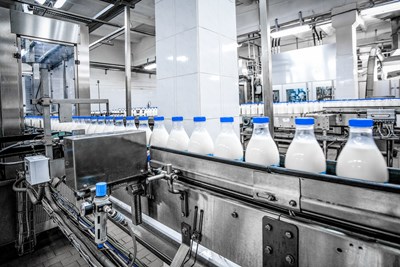 Because of the sheer size and the continuous expansion of the network over the years, the automation engineers ran into difficulty localizing errored devices throughout the plant. An error in one device could lead to a production stop,which had a direct effect on the challenging KPI’s. It could take hours to localize a problem in the vast PROFIBUS network. Every device within the industrial network had to be tested for errors one by one. To resolve this and achieve the desired production output a comprehensive solution was needed. With that in mind the Senior Automation Engineer of the plant started his search.

His extensive search brought him to PROCENTEC’s solutions for permanent PROFIBUS monitoring and diagnostics: ComBricks. With ComBricks, it would be possible to perform online monitoring over a web browser 24/7, receive alerts over e-mail, and make historical recordings of events happening. If a device, such as a flow meter, would start to fail by sending repeats to the PLC, it is detected before it could damage (interfere) the industrial network and shut down production. Instead of reacting to a problem, the team would become proactive in their maintenance and troubleshooting with the help of ComBricks.The engineers of the company got in contact with ASM - Process Automation, PROCENTEC’s distributor for the Middle East.

Ali Magboul is owner and general manager of ASM - Process Automation. ASM has its headquarters in Jeddah, offices in Riyadh and Khobar, Saudi Arabia, plus another office in Dubai, the United Arab Emirates. They are PROCENTEC’s main contact for the Middle East. The partnership between ASM and PROCENTEC goes way back and Ali Magboul has proven to be one of the most dedicated partners of PROCENTEC’s worldwide network of suppliers. If someone was up for this task to help, it would be him. 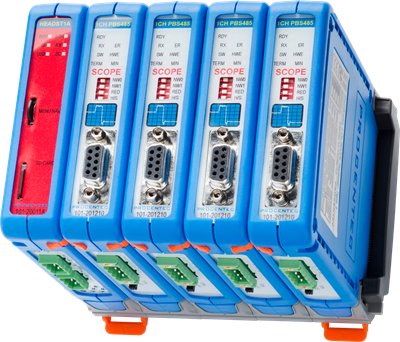 ASM designed a fitting solution consisting of ComBricks to prevent downtime in the PROFIBUS DP network. By using ComBricks as a transparent PROFIBUS DP multi-repeater with monitoring functionalities 24/7, the vast PROFIBUS network was segmented. Working with such a solution would give the engineers of the production facility the insights and full control of their industrial network they were searching for.

During the design stage, it became clear that this project would be one of the biggest installations of ComBricks in a single plant in the world to date. Due to their long experience and vast knowledge of the industrial networks market, PROCENTEC and ASM were determined to provide the best solution. After PROCENTEC delivered the designed products, the installation was done by a local contractor under supervision of ASM. The total time of installation took over a month and happened during production downtimes with 10 hours of shut down each. ASM helped with installing the ComBricks, making sure everything was working properly, and gave on-site ComBricks training to the engineering team. In December 2017, the ComBricks were up and running.

After PROCENTEC’s ComBricks has been implemented, not a single downtime occurred

The results of the efforts done by the client, ASM and PROCENTEC were astonishing: during the first six months of implementation of ComBricks, not a single downtime occurred. At a cost upwards of € 50,000 per hour downtime, the ROI was achieved by preventing 3 hours of unexpected production stops.

The PROFIBUS network is monitored and whenever the automation engineers receive an error by e-mail, they go on-site and exactly know where to go to resolve the problem. All head stations have an IP address and are integrated in the control system through which they can check the status of their PROFIBUS network with a click. The Senior Automation Engineer of the production plant can now trust his industrial network and is confident he can rely on the products and services of PROCENTEC.

If you want to trust your industrial network, please call PROCENTEC at +31 (0)174 671 800 and ask for your Reliability Specialist or send an e-mail to info@procentec.com.