With a 1.7 million tons production capacity of pulp per year, the industrial complex of Eldorado Brasil is one of the most modern and competitive pulp producers in the world. Located in the city of Três Lagoas, Mato Grosso do Sul, its modern and innovative facilities ensure high productivity and competitiveness.

The plant, located in the center of Brazil, uses PROFIBUS DP in its process control systems. The smooth operation without spurious interruptions is essential to ensure operational continuity, which translates into productivity and profitability for the company. It is known that unscheduled stoppages in industrial plants cause major losses and, not infrequently, can lead to risky situations for staff, equipment, systems and even for the environment. 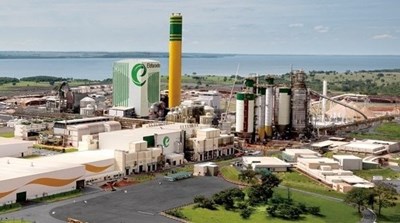 The challenge faced by the Instrumentation and Automation engineers of Eldorado Brazil is to keep the plant operating.

In order to achieve such target in terms of process control, it is essential to ensure perfect operation of the PROFIBUS DP networks which connect the MCC (Motor Control Center) to the control system (DCS).

How to perform preventive maintenance of digital networks? To answer this question Eldorado Brazil hired Westcon Industrial Instrumentation Ltd,  a PROFIBUS Competence Center (PICC) accredited to PROFIBUS International. Westcon's job was to perform the inspection and diagnosis of PROFIBUS DP networks installed in the utilities and in all the major equipment of the plant.

According to Edson Carlos de Lima, Instrumentation and Automation Coordinator of Eldorado Brazil;

“Westcon has carried out a network installation and grounding assessment. A degradation of its components has been verified (connectors, for example). Measurements of signal quality and oscilloscope wave forms have also been made on more than 240 segments, with more than 2550 devices DP. The report indicated actions to be taken in the short, medium and long term. This service, conducted by Westcon, has met and even exceeded our expectations.”

Based on the report of the inspection and diagnostics prepared by Westcon, which used the PROCENTEC ProfiTrace 2 Analyzer to collect the data and make signal measurements of the networks, the engineers from Eldorado get to know, in detail, the actual status of their PROFIBUS DP networks and can execute the corrections recommended in that document.

The following figures show some of the problems encountered in the installation of cables, such as the radius of curvature below the minimum recommended. Waveforms with severe distortions were also found, which can lead to communication fails.

"Actions like this, inspection and certification of networks, are part of the strategy adopted by the Department of Automation in order to increase reliability and the consequent reduction in downtime and losses of the plant." added Edson Carlos de Lima.

Eldorado Brazil is one of the most modern and competitive pulp producers in the world. Some of the distinguishing features of Eldorado is having their own forests certified by the FSC - Forest Stewardship Council, power generation from biomass, recycling resources and an innovative, competitive and low-carbon logistic model. The company also promotes the social and economic development of communities in the region where it operates. 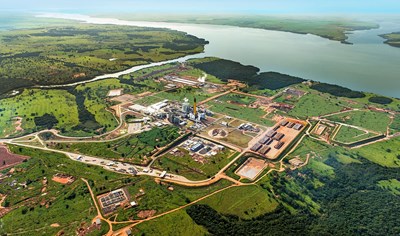 With an investment of USD 3 billion, the plant was built in record time and began operating in late 2012. Its industrial complex and forestry base are located in the state of Mato Grosso do Sul.

Eldorado Brazil uses 100% replanted Eucalyptus. Its seedling nursery is located in the city of Andradina (state of São Paulo), delivering about 35 million seedlings a year.

It also uses innovative logistics methods for the transportation of cellulose, integrating the use of waterways and railways in the states of Mato Grosso do Sul and São Paulo all the way to the Port of Santos.

Eldorado Brazil exports their production to several countries, having set offices in Shanghai (China), Vienna (Austria) and in Connecticut (USA).