More than 30 distributors from all over the world joined us from 4 to 6 July 2017 at the PROCENTEC HQ in Wateringen for our annual Distributor Meeting. This year’s Meeting was being held in July instead of the end of the year because of our recent launch of  PROCENTEC Atlas. This way, our distributors had the opportunity to get acquainted with our new solution more closely at an early stage and celebrate the twentieth anniversary of PROCENTEC as well. 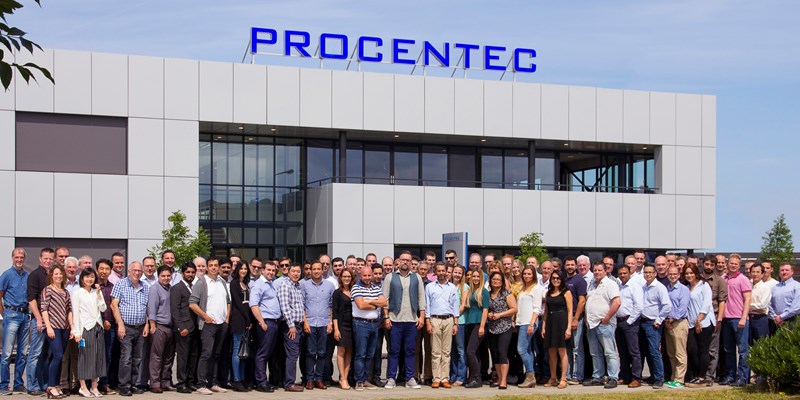 During an interactive training, PROCENTEC experts explained all ins and outs of Atlas and allowed the participants to get started with the product as well. While all aspects were discussed extensively, distributors exchanged ideas and feedback at high speed. The input our close partners provided us with was greatly appreciated. After the training was finished, the distributors concluded that Atlas really is the solution for the future of Industrial Ethernet diagnostics, thanks to its extensive possibilities and its ease of use.

As we were together with such a big amount of nationalities, culture ran through the Distributor Meeting as a common thread. On July 5th, we started the day with an interesting presentation about cultural differences, using Geert Hofstede’s six dimensions. Within PROCENTEC’s organization, culture plays an important role. By giving center stage to this topic in the Meeting, PROCENTEC emphasizes the importance of communication and understanding on an international platform.

Of course, the Meeting was not only about serious matters. We had planned enough spare time to get to know each other. For example, the group went out for dinner together and a culture quiz was held, with great prizes for the winners.