From November 28 to November 30, 2017, PROCENTEC participated at the SPS IPC Drives in Nuremberg, Germany. The SPS IPC Drives is Europe’s leading trade fair in the electric automation technology industry. This event offered a great opportunity to get acquainted with the newest trends, innovations and products in the electric automation technology industry. PROCENTEC’s experts were available at PROCENTEC’s own booth in hall 10 and at the PI booth in hall 2.

After launching the PROCENTEC Atlas at the Hannover Messe earlier in the year, it was time at the SPS to present several updates for this Industrial Ethernet diagnostics solution. PROCENTEC Sales Engineers Vanity Karstan, Alon Wouterse, Marco Bekker and Mu Jung Wang presented the updates on the booth in English, German and Mandarin. These updates are based on customer needs and feedback and include the possibility to export the device list and alarm list as CSV files for documentation or analysis. The topology function in Atlas has been expanded and now also shows fiber and wireless connections. Additionally, besides PROFINET and Modbus TCP, Ethernet/IP is now also an automatically detected protocol.

PROCENTEC’s experts not only showed their faces on the booth, but also provided visitors to the fair with informative lectures. Trainer and Support Engineer Ruben Bay presented his topic ‘Avoiding PROFINET problems’ on Tuesday, where he shared his field experience with interested listeners. On Wednesday, Head of Commercial Innovation, Matthew Dulcey talked about the potential of Industry 4.0. Together with visitors he explored what factors should be considered by managers and companies when making a commercial decision to capture value in this new reality. On the last day of the SPS, R&D Manager Marco Hijmans presented what PROCENTEC envisions for IoT in the future. He talked about how the millennial generation relies on technology to provide relevant and easy-to-understand information and how this forms the future for IoT. All lectures were well attended and led to extra visitors at PROCENTEC’s booth! 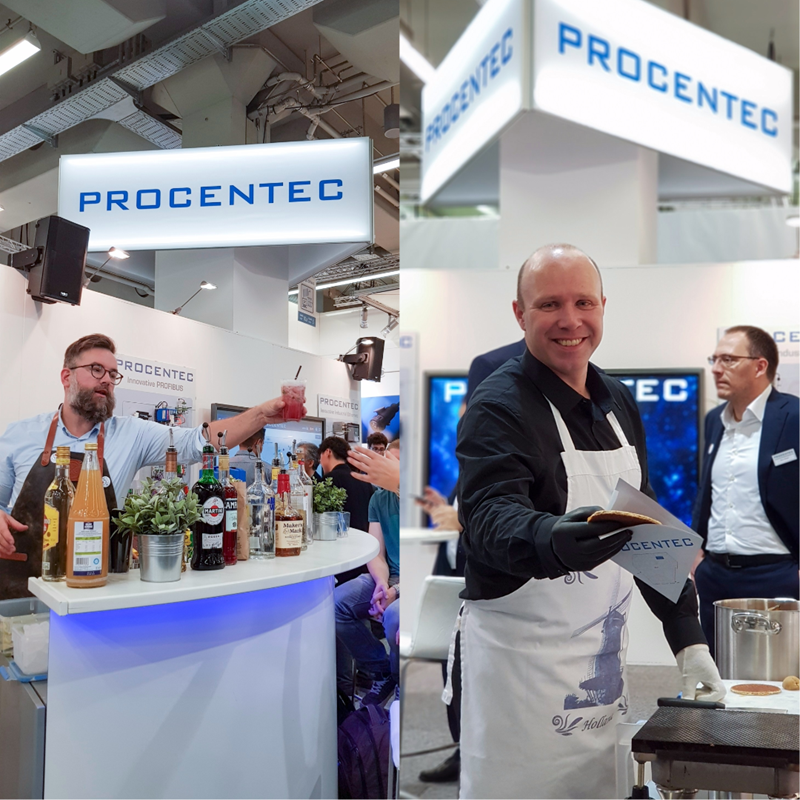 It was not only PROCENTEC’s products that drew visitors to the booth in hall 10, but also the smell of fresh stroopwafels. A lot of SPS visitors enjoyed this Dutch treat as a quick snack. Next to this snack, visitors could enjoy a cocktail made by PROCENTEC’s Managing Director Pieter Barendrecht. Besides the stroopwafels and cocktails, the ‘I Love Atlas’-buttons that were handed out, could also be found on shirts and jackets around the fair.

PROCENTEC looks back at a successful SPS and wants to thank everyone who joined them at the fair! 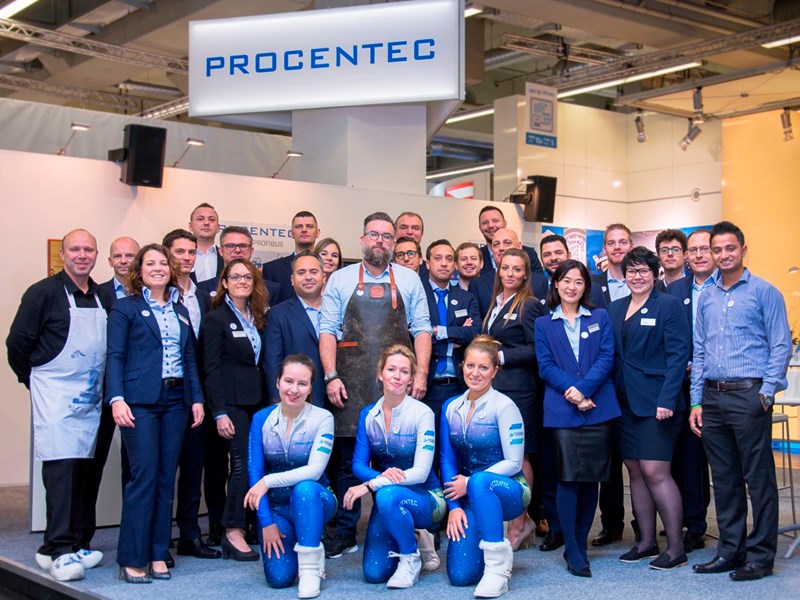